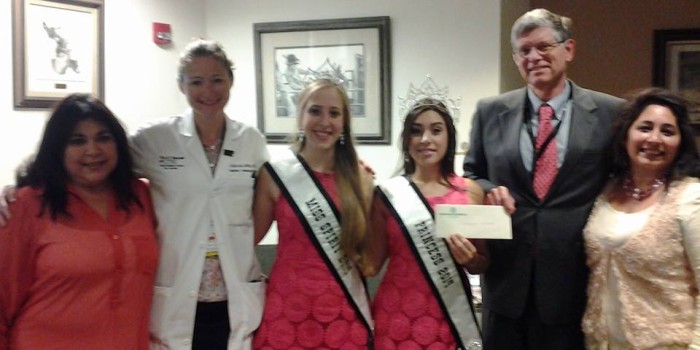 Cornyval?? No need to look up the spelling in the dictionary! Cornyvalbegan in 1966 as a way for Helotes non-profit organizations to raise money. Celebrating its 50th consecutive year, Cornyval festivities begin Thursday, April 30th and run through Sunday, May 3rd at the Helotes Festival Grounds.

This year will mark the 10th Anniversary of the TETWP Campaign in Helotes, with the pink performance April 30th.  A committee comprised of Marylee Williams, her mother and two sisters, have helped this small south Texas community raise a total of $15,000!   Funds raised have been donated to the University of TX Health Science Center in San Antonio’s Cancer Research Center.  These funds have been used for community awareness materials, counseling for patients and transportation.

The HFA Rodeo Committee will celebrate its 27th year anniversary with three PRCA rodeo performances, Thursday through Saturday, produced by the ANDREWS  RODEO  COMPANY. The HFA PRCA Rodeo was honored in 2012 by the WPRA and named “Small Rodeo of the Year” and has received the “Justin Boots Best Footing Award”.